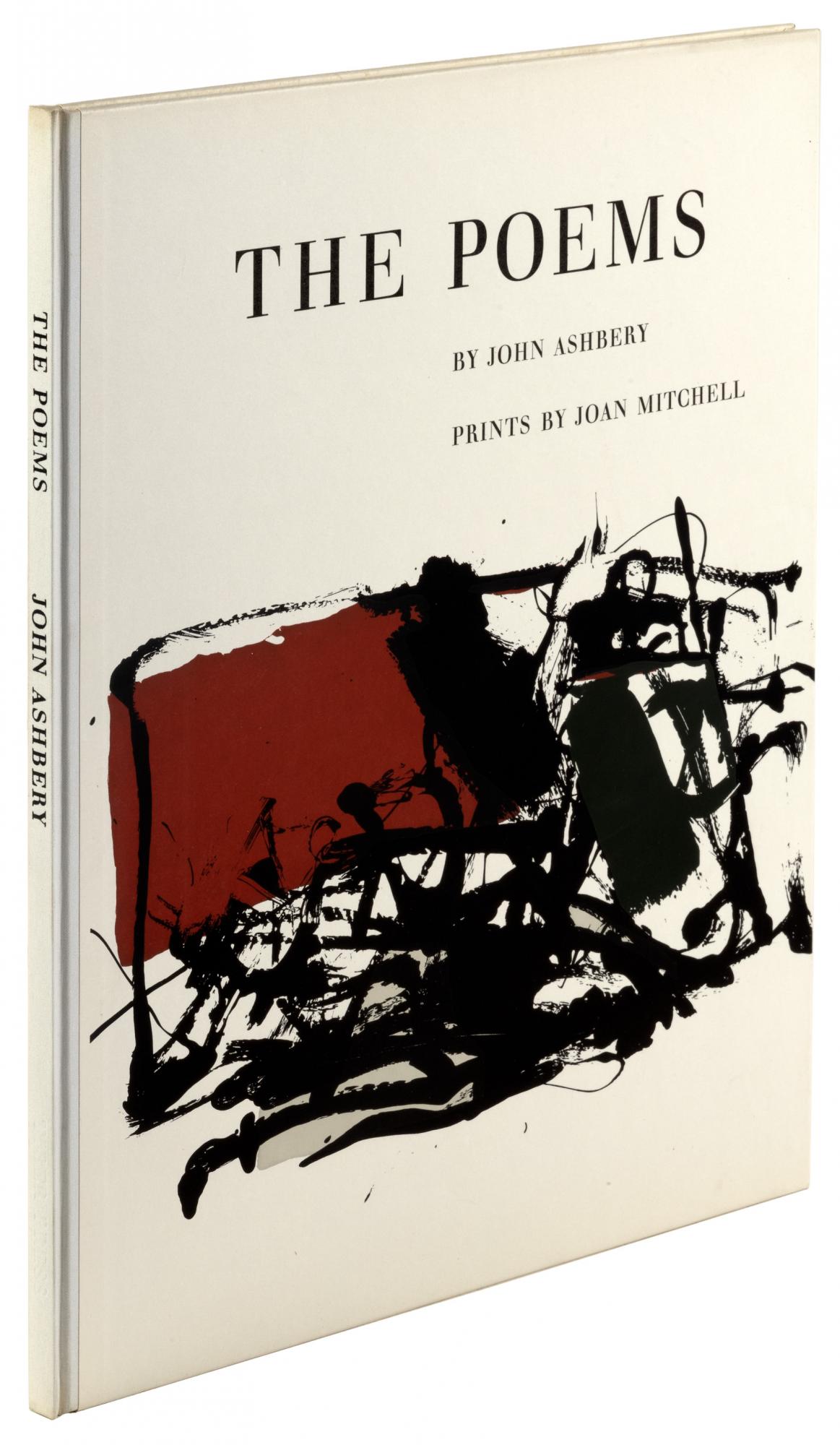 PBA Galleries will hold an auction of Art, Illustration & Dr. Seuss – British Prime Ministers – Antiquarian Books on November 4th, 2021. The sale features over 250 lots featuring works of art and photography, fine press, finely bound books, with scarce and antiquarian books. These categories are augmented with focused collections on eminent men such as Dr. Seuss and the British Prime Ministers. Highlights include a collection of works by Sandow Birk, a spectacular midcentury artist’s book featuring work by Joan Mitchell, exquisite bindings by Donald Glaister, signed photography books by Ansel Adams, a rare film magazine on Casablanca from American-occupied postwar Japan, and much more.

From The New York School, Abstract Expressionism pairs poetry by John Ashbery, Frank O’Hara, Kenneth Koch, and James Schuyler with prints by Joan Mitchell, Michael Goldber, Alfred Leslie, and Grace Hartigan. Each of the four volumes is signed by the poet and the artist. An outstanding post-war American artist book the collaboration partners between four of the most influential American poets of the second half of the twentieth century, and four important second generation New York School artists was left to the individuals involved. (Estimate: $5,000-$8,000)

Highlighting the British Prime Ministers section of the auction, Winston Churchill’s Storia, the First Italian Edition of A History of the English-Speaking Peoples is signed by the author. Unmarked as such, but the provenance of Emery Reves, who contributed greatly to orienting the work toward a wider audience, and in whose home it was completed. (Estimate: $5,000-$8,000)

A scarce bilingual movie magazine which accompanied the 1946 release of the great anti-fascist film Casablanca in American-occupied Japan. The magazine presents background information on the film and its cast in Japanese as well as dialogue from the film in both English and Japanese. Having won the war this magazine marks the American effort to win the peace through “soft power”—Hollywood film, rock ‘n roll, and baseball. (Estimate: $4,000-$6,000) 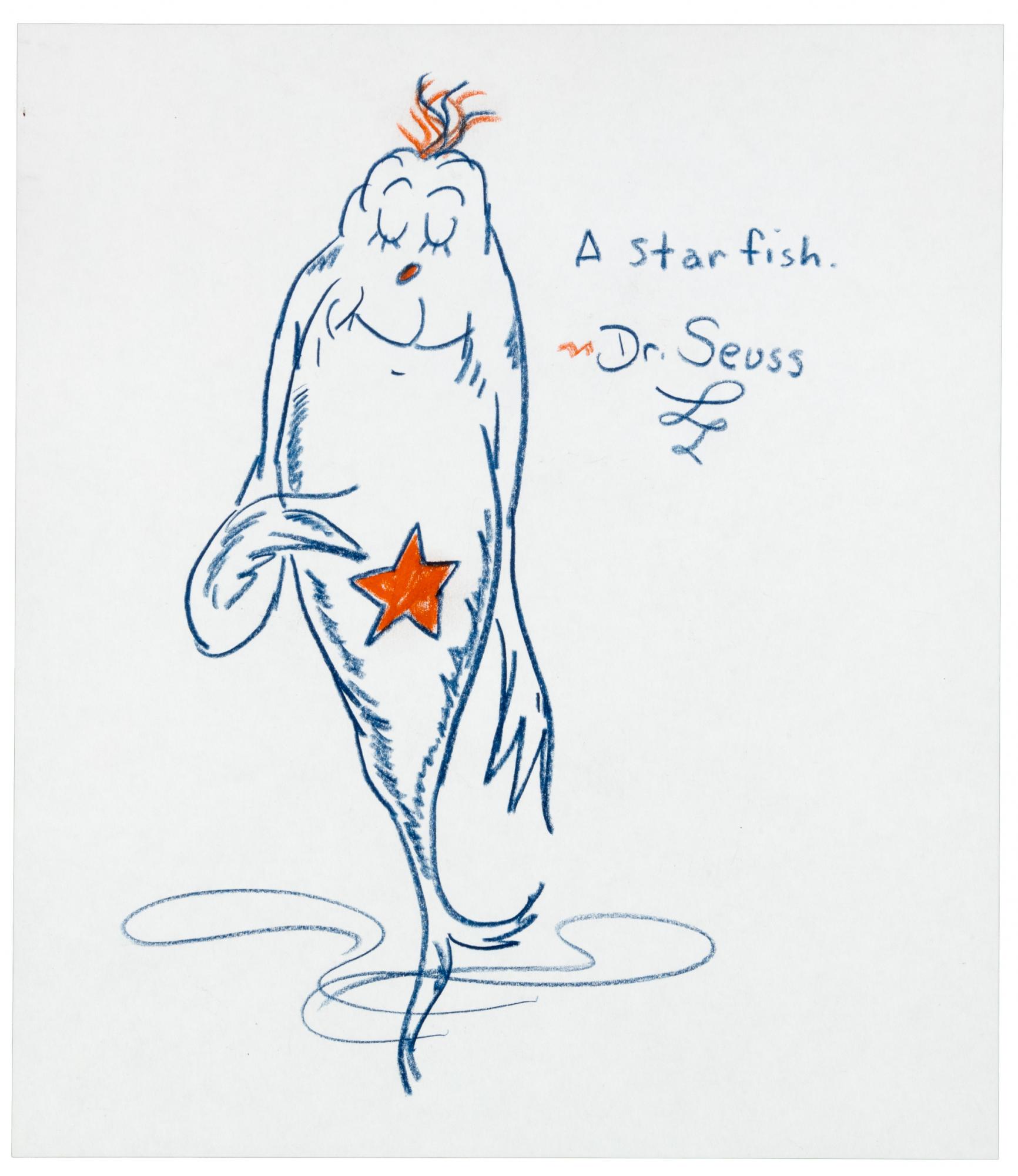 Amongst the nearly fifty lots of Dr. Seuss are two signed original drawings by the great author and illustrator. A Starfish drawn in blue, sports a red star on its belly measures 9¼x8″ (Estimate: $3,000-$5,000). An untitled drawing of a yellow figure dressed in blue and pink stripes measures 8¾x10¾” (Estimate: $2,000-$3,000). Both are accompanied by Certificates of Authenticity. Also in the auction is a First Printing of the iconic The Cat in the Hat; the book was written specifically for beginning readers. This copy is in the original pictorial dust jacket and housed in a custom cloth slipcase. (Estimate: $2,000-$3,000)

Additional featured lots include No. 1 of only 10 copies of 3 in Search of the Universe: Rumi Walt Whitman and the Voyager spacecrafts wonder at The Quest by Donald Glaister (Estimate: $4,000-$6,000) and A Rake’s Progress: The Life and Times of Rafael Perez (Based on the Work of William Hogarth) – suite of four signed etchings by Sandow Birk (Estimate: $2,000-$3,000).

PBA continues to safeguard the health of employees and clients and is open by appointment only. PBA limits live auction participation to online or phone bidding. For more information about upcoming sales, to schedule a Zoom preview or phone bidding for a future auction, please contact the galleries at 415.989.2665 or [email protected]