Art & Illustration with Asian Material to Delight on June 28th

On Thursday, June 28th, PBA Galleries will hold an Art & Illustration auction which will include Asian and Asian-American material. Over 360 lots will be up for bidding, featuring a remarkable gathering of works on the art, culture and literature of East Asia, primarily Japan and China, many with original woodblock illustrations, and including screen prints and lithographs by modern Japanese artists. The melding of eastern and western cultures is revealed in The Richard Harris Smith Collection of Asian-American Literature & Illustration, with primary and early examples of their work. Topping it off are illustrated books and original graphics from western cultures.

Two highlighted works showcase Asian art through the ages. “Toyo Bijutsu Taikwan” [The Collection of the Eastern Arts], from 1919, is offered in a rare complete 16 large volume set with superbly illustrated with Japanese and Chinese paintings and sculpture from all ages. There are eight volumes on Japanese paintings and woodblock prints, five on Chinese paintings, and three on sculptures with images reproduced in exactly the same style and time period as the originals including woodcuts printed on silk. (Estimate: $15,000-$25,000)

Osvald Sirén’s Chinese Sculpture from the Fifth to the Fourteenth Century, in 4 volumes, is a rare complete set of this landmark work. Illustrated with 623 monochrome plates, it depicts over 900 specimens in stone, lacquer and wood, principally from Northern China. Sirén was a Swedish art historian who also wrote works on Chinese gardens and painting. (Estimate: $15,000-$25,000) 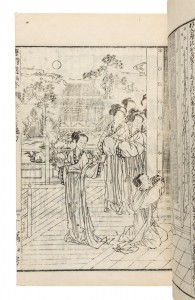 Other featured Asian works are: The Tomb of Painted Basket of Lo-Lang, a detailed archeological report of excavations of T’ang Dynasty tombs in present North Korea, and the discovery of an immaculately preserved painted basket (Estimate: $3,000-$5,000); “Tonshi sen sho non” [T’ang Poetry], in 5 volumes, is a rare early 19th century printing, extensively illustrated with striking line cuts in sewn wrappers (Estimate: $2,000-$3,000); and a beautiful set of four long ink and watercolor pictorial scrolls from the latter 19th century recording Japanese impressions of Russia, her people, military, culture, etc. (Estimate: $2,000-$3,000).
A highlight from The Richard Harris Smith Collection is the first novel by a Nisei, The Rendezvous of Mysteries, by Karl S. Nakagawa. Released in 1928, this is the first published novel written by an American-born person of Japanese ancestry, or Nisei, and is in the rare original dust jacket. (Estimate: $1,000-$1,500) 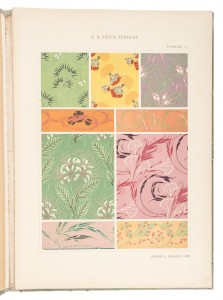 Rounding out the sale, other featured items include: an original pen and ink cartoon drawing by Charles Schulz featuring Snoopy as a golfer, done for the program of the 38th Bing Crosby Pro-Am tournament at Pebble Beach, 1965 (Estimate: $7,000-$10,000); the quite rare Textiles by E.A. Seguy, c.1901, with twenty color lithographed plates of Art Nouveau designs for textiles (Estimate: $1,000-$1,500); and a rare set of lithographed progressive proofs for Jean Charlot’s Picture Book, 1933, one of only five sets, of which four were bound, this one for Merle Armitage (Estimate: $3,000-$5,000). 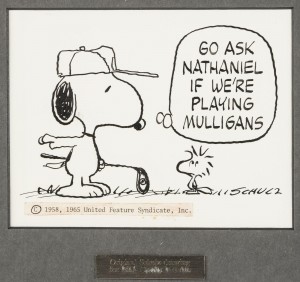