Craig Noble began collecting Oz and Baum books when he received the “white edition” of The Wizard of Oz for his fourth birthday. Oz is a family tradition, so it was only natural that the Oz stories would be among the first that his mother read to him as a child. After finishing the fourteen original Oz books by L. Frank Baum, Craig was eager to read the remaining Oz books in the official canon, the “Famous Forty.” The only problem was they were out-of-print. That’s when Craig’s uncle told him about the International Wizard of Oz Club. In that pre-Internet age, the club’s “Oz Trading Post” was the best way to find others who wanted to buy, trade, or sell books or other Oz collectibles.

Craig took a break from collecting in his teens and twenties and returned to the Oz project in his thirties, coinciding with the birth of his first child. At an antique shop in Maryland, he picked up Oz books by John R. Neill, Jack Snow, and Rachel Cosgrove. Around this time, he purchased first printings of The Emerald City of Oz and The Road to Oz at an auction. As a member of the International Wizard of Oz Club, he subscribed to its tri-annual journal, The Baum Bugle. From 2013 to 2016 he volunteered as the journal’s editor-in-chief. 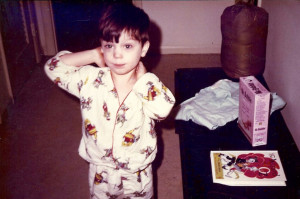 The collection represents the culmination of a lifelong passion. The books offered include: first printings of virtually every Oz and Baum book, many in first printing dust jackets; an incredible variety of variants and later printings; a copy of the scarce Sam Steele’s Adventures in Panama with an even scarcer inscription to Baum’s brother Harry using his pseudonym Hugh Fitzgerald; a first edition of The Art of Decorating Dry Goods Windows and Interiors, which is Baum’s scarcest book after The Book of  Hamburgs.

Though his collection was among his most prized possessions, Craig feels his two college-aged children are his greatest achievements. His son and daughter are simply priceless.