Fine Books in All Fields or Something for Everyone 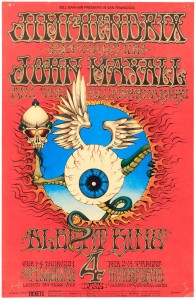 A rare Jimi Hendrix Experience rock poster from early 1968 is a highlight of the sale. One of the most desirable posters of the genre, it features the iconic “Flying Eyeball” design of Rick Griffin, influenced by the 1950’s auto detailing art of Von Dutch, and advertised the February 1st and 4th concerts at the Fillmore and the February 2nd and 3rd concerts at Winterland which also saw John Mayall and the Blues Breakers and Albert King performing. Estimate: $5,000-$8,000.

A unique collection of 61 original watercolor caricature drawings by W.R. Sculthorpe, humorously depict various aspects of English life and society in the latter half of the 19th century. Executed in the 1860s, some are redrawings of earlier works dating as early as the 1830s. Five illustrations lacking from the original album were sold at a 1998 auction at Christie’s. Estimate: $3,000-$5,000. 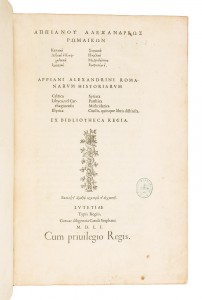 The editio princeps of Appian of Alexandria’s Romanarum Historiarum, the history of the wars of the ancient Roman Empire dates from 1551. This work is often cited as the supreme example of the use of the Royal Greek Types. The title page in is Greek and Latin, with the remaining text in Greek. Estimate: $2,000-$3,000.

An exceptional commercially produced photograph album of China in the 1920’s has some 165 original photographs, with printed descriptive text in Chinese. The superb selection of views presents the country from Shanghai to Manchuria, the China Sea to the western deserts. Estimate: $1,500-$2,500

The scarce first American edition of Mary Shelley’s Lodore, her largely autobiographical novel of 1835, focuses on political and ideological issues, particularly the education and social role of women. This copy is bound with Frederick Marryat’s The Naval Officer, apparently as issued. Estimate: $1,000-$1,500. 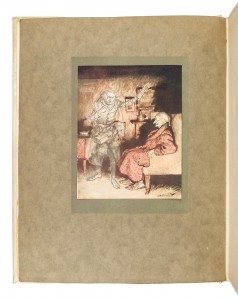 Other lots featured in the sale include: the scarce Arthur Rackham illustrated A Christmas Carol by Charles Dickens in the original full vellum (Estimate: $1,000-$1,500); a rare true first edition of Beatrix Pottter’s Peter Rabbit (Estimate: $4,000-$6,000); the complete play, The Merry Wives of Windsor, from the second folio edition of Shakespeare’s works from 1632 (Estimate: $6,000-$9,000); and Bengal Story: Tales from Orissa, Bengal & Sikkim, a striking artist’s book by Susan Allix with five etchings and five linocuts, one of 10 special copies on hand-made paper (Estimate: $1,500-$2,500).