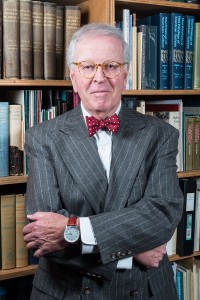 It is with great sadness that PBA Galleries announces that George King Fox, Auctioneer Emeritus of PBA Galleries, passed away on Sunday, October 29 2017. As Head Auctioneer, George was the beloved face of PBA. With his bow tie, sharp wit and grand smile, he had a style all his own and will be greatly missed. He had been with PBA for over 25 years and developed many of our specialties including golf and counter-culture literature.

George was a fine collector in his own right starting his collection as a youth. He passionately collected 19th century American printed ephemera, trade cards, the history of color printing in America and fine press books. George was a fixture at all San Francisco bibliophile organizations.

He served as president of the Book Club of California, Master of the Press of the Roxburghe Club, and Board Member of the Ephemera Society. He was also an active member of the Historical Print Collectors Society, had been elected as a member of the American Antiquarian Society, was a large supporter of the Golf Collectors Society without ever swinging a golf club, and a great supporter of the San Francisco Public Library where he donated his father’s collection of illustrated books. He loved the finely printed page and the people who shared this passion.

In his youth, he was an alpine ski competitor and worked on installing some of the first chairlifts in the California High Sierra. He worked his first auction at 18 as a “runner” for a New England auction. After he spent years as an executive in the book printing and publishing industry, George returned to the auction world as the head of the Book Department at Butterfield & Butterfield Auctioneers before joining PBA Galleries shortly after its founding.

George was fond of speaking before an assembled crowd and was always very gracious and generous. A raconteur and an overall delight, on rare occasions, he could be heard entertaining listeners with his yodeling. 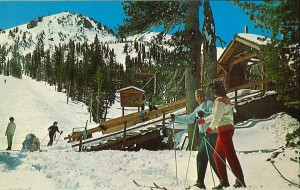