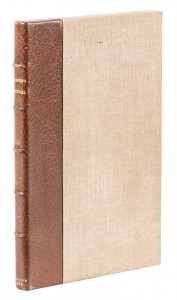 Coleridge’s Christabel, Kubla Khan and The Pains of Slep

On Thursday, April 5th, PBA Galleries will kick off their spring auction season with a sale of Fine Literature & Fine Books. Included in the sale are over 450 lots of fine, rare, and uncommon books, including early literature, poetry, philosophical works, science and medicine, history, religion, and much more.

Highlighting the sale is the first appearance of Samuel Taylor Coleridge’s Christabel; Kubla Khan, A Vision; and The Pains of Sleep. Published in 1816 these are three of the most highly acclaimed poems of the Romantic period. The result of an opioid induced dream, Kubla Khan is a fragment of what Coleridge was intending to write. He was interrupted as he was poetically describing the images from his dream and he was unable to finish it after the distraction. However, it is one of the most frequently quoted poems and immediately transports the reader/listener to the exotic and interesting place of Xanadu (Estimate: $5,000-$8,000). 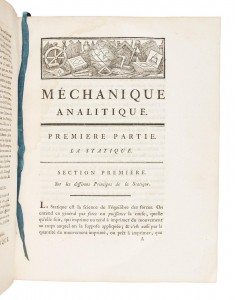 Méchanique Analitique by Joseph Louis Lagrange, is his foundation work on analytical mechanics, extending and developing the work of Isaac Newton. This first edition, published in Paris in 1788, transformed theoretical mechanics into a system from which fundamental equations describing the motions of any systems of bodies could be derived, by combining the principle of virtual velocities with d’Alembert’s principle. In the preface, Lagrange notes the absence of diagrams in the book, which he believed the lucidity of his own presentation had rendered unnecessary (Estimate: $3,000-$5,000).

One of the earliest works in the sale is the first Aldine edition of the Opera of Cornelius Tacitus, from 1534. The press, known for its editions of Greek and Latin classics, was under the stewardship of Aldus’ son, Paulus Manutius when this edition was published. Tacitus is considered one of the greatest Roman historians living during the Silver Age of Latin literature (Estimate: $3,000-$5,000). 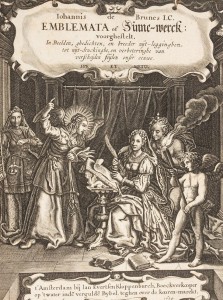 The captivating Emblemata by Johan de Brune, contains a full page pictorial title page and 51 half page copper-engraved illustrations of 17th century Dutch life. The 1624 Amsterdam publication shows such depictions as a doctor bleeding a woman with leeches; serenading with interesting musical instruments; playing the parlor game “drop the handkerchief”; rolling a huge snowball; tapping a keg of beer; playing cards; and many others (Estimate: $2,000-$3,000).

The sale will begin at 11:00 am Pacific Time and the public may preview the auction Monday, April 2nd, 1-5pm, Tuesday and Wednesday, April 3rd and 4th, 9am-5pm and on Thursday, April 5th, 9-11am at PBA Galleries in San Francisco. For more information, please contact the galleries at (415) 989-2665 or [email protected]