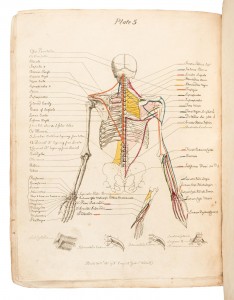 Featured in the Science and Medicine section of the auction is the first English edition of Johann Dieffenbach’s Surgical Observations on the Restoration of the Nose, from 1833. Illustrated with 26 plates, it is one of the rarest works in the English language on the subject. Diffenbach was a pioneer in rhinoplasty and plastic surgery (Estimate: $10,000-$15,000). Another medical text, the rare first work by the noted English surgeon, Joseph Constantine Carpue, A Description of the Muscles of the Human Body will be offered. The present work apparently prepared for use by his pupils and has seven engraved plates, four with hand coloring.  Carpue began his surgical studies at St. George’s Hospital in London in 1796 after being educated in France and traveling widely in Europe, Scotland, and Wales. He was appointed to the surgical staff of the Duke of York’s Hospital in Chelsea in 1799 and a year later began teaching anatomy (Estimate: $7,000-$10,000). 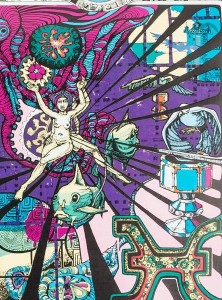 A complete set of 12 Zodiac Astrology Star Sign Posters from San Francisco’s Funky Features from 1967 highlights the art and illustration section of the sale. Funky Features was originally a home recording studio in an Edwardian house that quickly became a popular recording location for Big Brother and the Holding Company, Cold Blood, Steve Miller, and others. Each poster is by a different artist, uniquely capturing the heyday of San Francisco’s counterculture. Artists include Dick Moore, Tommy Dixon, Lee and Shirley Goddard, Robert McClay, Fred Adams, Primo Angel, and Jim Blashfield. Complete sets of all 12 posters are extremely rare, especially in comparable condition (Estimate: $2,000-$3,000). 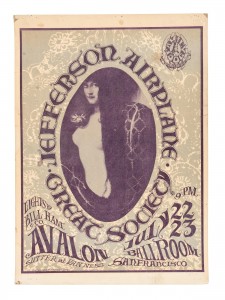 Also from the art and illustration section is a 1966 poster advertising the performance of Jefferson Airplane and Great Society at the Avalon Ballroom in San Francisco. This very rare first printing A is printed in silver ink rather than gold on vellum paper with the iconic “Snake Lady” images from Stanley Mouse and Alton Kelley (Estimate: $1,500 – $2000). A complete set of Sorlier & Mourlot’s important catalogue raisonné of The Lithographs of Chagall, 6 volumes, 1960-1986 will be on the block. Profusely illustrated throughout with 24 original lithographs, the work was a monumental feat of publishing taking more than two decades to complete (Estimate: $3,000-$5,000).  From Cheloniidae Press, Trout: Brook, Brown & Rainbow, is a bound portfolio of twelve etchings with hand water-coloring added and two wood engravings by Alan James Robinson.  There is an additional suite of unbound plates contained in a cloth portfolio included (Estimate: $2,000-$3,000). 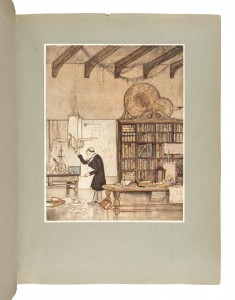 The Ship that Sailed to Mars

William Timlin’s marvelous, elaborately produced fantasy, The Ship that Sailed to Mars, will be offered in the rare original dust jacket.  The book is illustrated with 48 mounted color plates with an additional 48 text plates printed in colors. Timlin was an architect in South Africa who wrote stories, composed music, illustrated periodicals, produced watercolor fantasies, painted in oil and produced etchings (Estimate: $2,000-$3,000).

The sale will begin at 11:00 am Pacific Time and the public may preview the auction Tuesday and Wednesday, February 20th and 21st, 9am-5pm and on Thursday, February 22nd, 9-11am at PBA Galleries in San Francisco. For more information, please contact the galleries at (415) 989-2665 or pb[email protected]