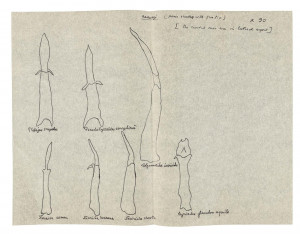 On Thursday, February 7th, PBA Galleries will offer a very select assemblage of rare and collectible books, manuscripts, photographs, prints, and other items, ranging from the 16th to 21st centuries, and spanning a broad range of subject matter. The sale will be a prelude to the 52nd California International Antiquarian Book Fair with the sale at the venue of the fair.

A highlight of the sale is a significant archive on novelist Vladimir Nabokov’s research into butterflies, which both pre-dated and was contiguous with his literary endeavors. He was successful in both fields – Nabokov’s importance as a lepidopterist is considered by many to equal that of his importance as a literary figure. Certainly, his literary works are vastly infused with passages and imagery of butterflies. The archive relates to Nabokov’s research on butterflies, particularly the Lepidoptera Lycaenidae, and includes a lengthy handwritten letter to a noted lepidopterist; inscribed reprints of articles by Nabokov; original sketches; and more. Estimate: $10,000-$15,000. 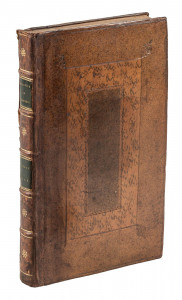 Aristotle’s Politiques or Discourses of Government

Two early political works are featured in the sale. The first edition in English of Aristotle’s Politiques, or, Discourses of Government, from 1598, is the earliest obtainable English language printing of Aristotle. One of the foundational texts of political theory, Aristotle analyzes the idea and possible forms of polity using his four causes and determines constitutional government to be the preferred form (Estimate: $20,000-$30,000). Fifty years later, the first edition of Thomas Hobbes’ seminal work on political philosophy, Leviathan, published in 1651, espouses the pessimistic view that man is a purely selfish creature (Estimate: $15,000-$25,000). 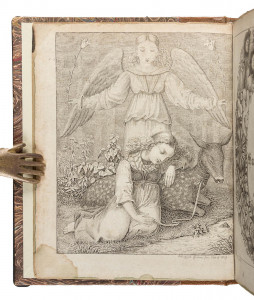 Other featured lots in the sale are: a copy of the massive and spectacularly illustrated Voyage pittoresque de la Grece by the Comte de Choiseul-Gouffier, 3 volumes in 2, 1782-1822, with hundreds of fine engraved plates (Estimate: $10,000-$15,000); an exceptionally fine copy of the third edition of Charles Darwin’s On the Origin of Species, considered the most important biological book ever written, in bright original cloth (Estimate: $8,000-$12,000); and Following Abraham Lincoln by Bernhardt Wall, illustrated throughout with some 960 etchings printed in colored inks, a superb set in the original 85 volumes, hand-bound in boards by Wall, with dust wrappers, one of 100 copies (Estimate: $5,000-$8,000).

The sale will begin at 10:00 am Pacific Time, an hour earlier than PBA’s usual sale start time. The public may preview the auction Monday, February 4th, 1-5pm, Tuesday February 5th, 9am-5pm and on Wednesday, February 6th, 9am – noon at PBA Galleries in San Francisco. The sale and an additional preview on Thursday, February 7th, 8-10am will be held at the Oakland Marriott Civic Center Junior Ballroom, 1001 Broadway, Oakland, California. For more information, please contact the galleries at (415) 989-2665 or [email protected]