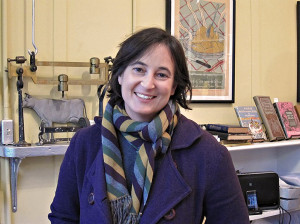 As the owner of one of the country’s few cookbook stores, it’s a question I get asked a lot. A simple answer would be that I love to cook. But a deeper response would be that, more than any other genre, cookbooks tell us everything about a culture, a time, a place, a people. Witness the lot in this sale on auto-camping, when cars were new to America’s roads and an entire subculture of eating out was born. Or the early African American cookbooks herein that guide us from the authors’ journeys from slavery to freedom, and on to entrepreneurial pursuits in the world of cooking – they bring us simple, hunger-satisfying recipes from their upbringings, as well as more sophisticated techniques they learned along the way in their careers into full citizenship. 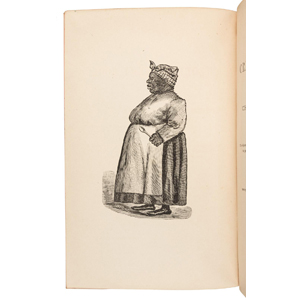 Antebellum Southern cookbooks show us what foods were native to the Southeast, and how they were cooked at a time before the stereotype of fried foods and sweet tea overwhelmed the true soul of that cuisine. Oh, for a slurp of terrapin soup with delicate cream right now. Witness the game and preserving chapters in the 19th century community cookbooks from across the country, and you’ll understand what was growing in different states, and which migration routes wild fowl were following (before they got shot out of the sky and fried up in lard over the hearth).

Prohibition-era cocktail books divulge the secrets of how enterprising adults in need of a drink were able to procure one, and pre-Prohibition ones present the first appearances of many of the drinks we order today. This auction contains the first two Creole cookbooks printed, both published in 1885, which expanded the understanding of the foods that had evolved from the French Acadians, who moved South to become Cajuns. Lastly, let’s not ignore within these pages the 1541 edition of Apicius, the first cookbook ever printed, with its in-depth descriptions of spices and herbs used in the cookery of Ancient Rome. It sounds sappy, but as I catalogued that volume, I held the cool vellum binding to my cheek and closed my eyes, imagining the 450 years that had passed between its printing and my hands, and I swooned.

I hope you will, too, in reading this catalogue. Researching and cataloging these books was both an honor and a thrill for me, and I’m pleased as pre-Prohibition era punch to present it to you,

Join us November 8th at 11AM Pacific Time for our first Food & Drink Auction.