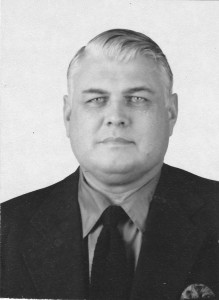 Richard Bateman was born in a small town in Eastern Washington as a child of the Great Depression. He demonstrated an early aptitude for mathematics and science and was encouraged by his teachers in these areas. His early interest in astronomy was sparked from studying the night skies which were quite visible in his hometown. He was particularly interested in the practical aspects of astronomy, such as the constellations and the motions of the moon, planets and other celestial bodies.

These interests led him to his local library where he spent considerable time reading about astronomy from antiquity to the present. Money earned from delivering newspapers enabled him to purchase a small telescope which he used to further explore the motions of celestial bodies.

When he visited the library during his high school years he often copied various articles from the Encyclopedia Britannica which discussed the ideas and publications by well-known astronomers. While he was unable to fully appreciate the scientific importance of the ideas in these publications at the time, they provided him direction for future astronomical studies. He spent so much time in the library that when a newer set of encyclopedias was purchased the librarians gave him the old set of encyclopedias. 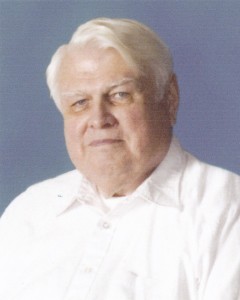 He graduated from high school and entered service with the Army Air Corps during World War II. He flew missions to Germany and other locations in Europe as a navigator on a B-24 Liberator from his base at Horsham-St. Faith near Norwich, England. His previous interest in astronomy and, in particular, his knowledge of the constellations and the motion of the earth in relation to the stars made him a natural candidate to serve as a navigator. When the war ended in Europe he and his crew were sent back to the U.S. to train for additional missions in Asia, but thankfully the war ended before any further missions were necessary.

After he was discharged from the Army Air Corps he attended Berkeley on the GI Bill where he obtained a bachelor’s degree in astronomy in 1950. He chose Berkeley because of the reputation of its astronomy program and its professors. He took math and physics courses from such well-known professors as Derrick H. Lehmer and Emilio Segre, both of whom encouraged his scientific studies.

After graduation and with a young family to support he worked at Boeing in a math research group, as well as on commercial and military space satellite programs. While working at Boeing he attended the University of Washington where he earned a master’s degree in mathematics. 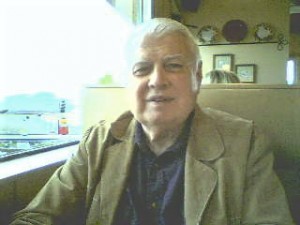 The early 1950s saw the introduction of large mainframe computer systems to facilitate routine calculations, and he was in the early forefront when these systems were introduced at Boeing. The satellite studies conducted at Boeing were a natural extension of his practical interest in the motions of objects around the Earth, and he was able to learn and apply some of the methods devised by the great astronomers in the eighteenth and nineteenth centuries, as well as more recently developed methods.

During his time at Boeing he also worked on several orbit determination projects for the Lunar Orbiter program which had been initiated to identify a suitable location for the planned moon landing the late 1960s.

After some years working at Boeing he accepted a position at the Jet Propulsion Laboratory (JPL) near Pasadena, California. While there he worked on orbit determination projects for two early space programs: the Mariner-Venus and Mariner-Mars missions. After some years at JPL, family considerations resulted in a relocation back to Boeing where he finished his career.

During his time at Boeing and JPL, he pursued his interest in celestial mechanics by collecting an array of books and other publications from such luminaries as Newton, Euler, Gauss, Laplace and Lagrange, among many others. Over a collecting period of approximately forty-five years he acquired a considerable number of such works.

He had two children who were raised in Seattle, Washington. He passed away in 2006 after a lifetime of pursuing his interest in astronomy, and particularly his interest in celestial mechanics.