To Think We Saw It on Sutter Street 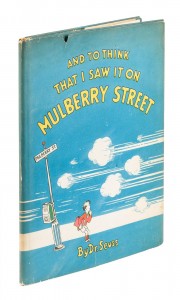 On Thursday, November 2nd, PBA Galleries will offer more than 550 lots of Illustrated Books – Children’s Literature – Books in All Fields. The first section of the sale features works illustrated by many of the most desired names of the golden era of book illustration and beyond. Harry Clarke, Edmund Dulac, Kay Neilsen, Howard Pyle, Maxfield Parrish, Arthur Rackham and Willy Pogany are all represented. More than forty first editions illustrated by Dr. Seuss are also offered, along with scores of other fine illustrated works for children and adults from the 18th through the 21st centuries. The second section of the sale includes a wide variety of genres, from early printed books to the fine presses of the 20th century, finely bound books and sets, fore-edge paintings, a selection of Jazz ephemera, 19th century medical works with chromolithograph plates, large selections from the Perishable Press, the Book Club of California, and much more.

The Fairy Tales of Hans Christian Andersen, illustrated by Harry Clarke with 40 plates, 10 of which are color with printed tissue guards, plus numerous decorative elements and tail-pieces, is Clarke’s rarest work. Signed by the illustrator at the limitation, this work represents Clark’s first foray into book illustration. He worked for three years on these illustrations after receiving the commission from Harrap. Clarke is beloved for his intricate and faintly disturbing imagery and is an important figure in Irish Arts & Crafts both for his book illustration and stained glass (Estimate: $3,000 – $5,000). 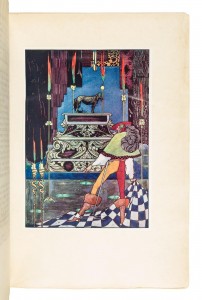 Other featured illustrated books include the first issue of Dr. Seuss’ And to Think I Saw it on Mulberry Street, his first book for children and one of many Dr. Seuss first editions offered (Estimate: $3,000 – $5,000); a matched set of Wagner’s Ring of the Nibelung illustrated by Arthur Rackham, part of a large collection of Rackham limited editions (Estimate: $2,500 – $3,500); and Maxfield Parrish’s most desired book, The Knave of Hearts with 11 full-age plates and 9 large color illustrations, certainly a high point of American book illustration (Estimate: $1,000 – $1,500).

A number of original hand-painted animation cels from the 1970’s Jackson Five television cartoon series will highlight the sale. These include an unusually wide-frame cel of Michael Jackson being mobbed by fairy maidens (Estimate: $2,000 – $3,000); a lot of two cels, one of which is a quite rare cel of Diana Ross, who’s only appearance was in the premier episode (Estimate: $600 – $900); and few lots of cels with the five brothers, Jackie, Tito, Jermaine, Marlon and Michael. 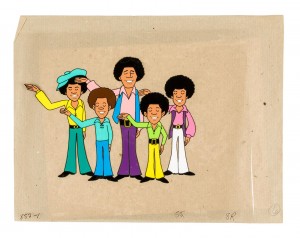 The sale will begin at 11:00 am Pacific Time and the public may preview the auction Monday, October 30th from 1-5pm, Tuesday and Wednesday, October 31st and November 1st, from 9am-5pm and on Thursday, November 2nd, 9-11am at PBA Galleries in San Francisco. For more information, please contact the galleries at (415) 989-2665 or [email protected]